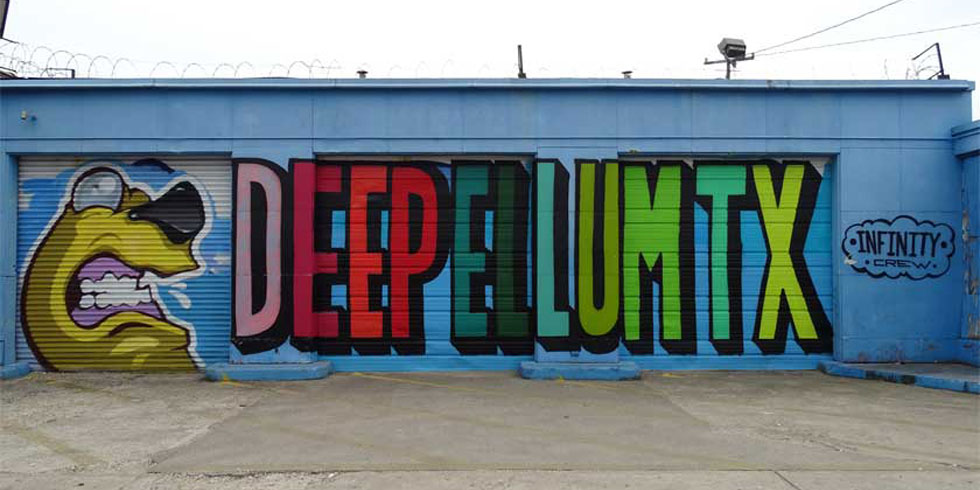 You might think that Dallas, Texas, doesn’t have much to offer when it comes to sightseeing. Perhaps, you are right. Even if the sixth-floor museum and Southfork ranch are well-known landmarks in this 7.5-million metroplex, they hardly draw the crowds by themselves.

Less known is the Deep Ellum community. This area is just a mile and a half from downtown and it alone is worth a visit. Not only will you find a rich flavor of restaurants, brew pubs, and clubs. It is also pure heaven for anyone who loves street art.

During the last five years, Scott Rohrman has bought several properties in the heart of Deep Ellum. With his company 42 Real Estate he has been determined to preserve the soul of Deep Ellum, which is deep rooted in music, art, and humanity.

With his 42 Murals project, 42 artists were engaged to paint murals on his properties. The artists included a 14-year-old girl and a 60-something grandmother who had never painted a mural.

Most of the murals are now found within a limited area around Main Street and Commerce Street. They are best seen by foot. Make sure you glance into side streets, parking lots, and alleys as well. 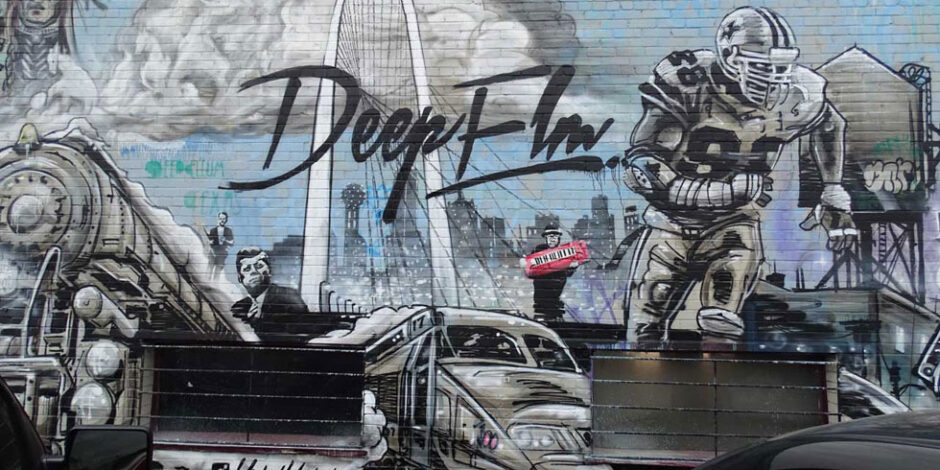 The mural above is found on a parking lot between Main and Commerce. It is made by Michael McPheeters also known as MARX ONE. He was born in Dallas, but grew up in Los Angeles. He now lives in Opelika, Alabama.

His anger about prostitution and human trafficking kicked off the secular movement called “Handle with Care”. It highlights the rawness and realness of human injustices and has been spread to many countries and artists around the world. 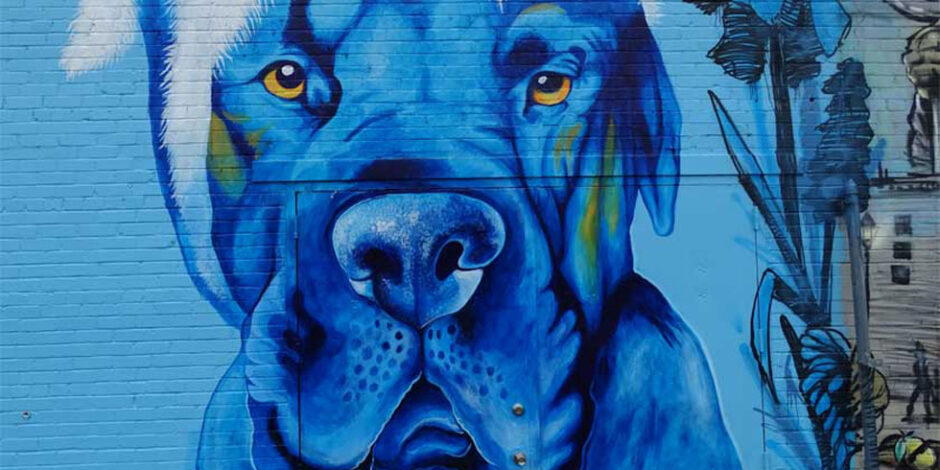 Monica Diaz is a make-up artist and a wannabe street artist from Deep Ellum. The mural of Linus in Blue is the only mural of Monica Diaz that we know of. So far. 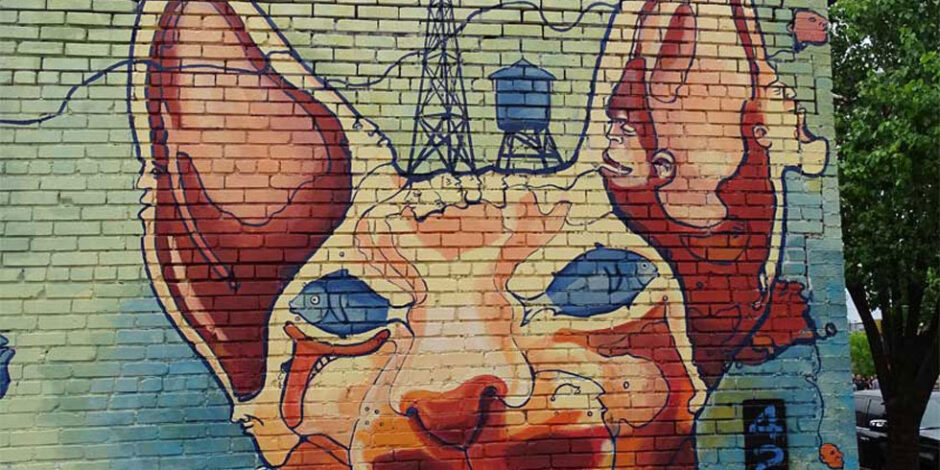 Dan Colcer is a Romanian painter and artist, now living in Dallas, Texas. He has done several murals in the Deep Ellum neighborhood including the Shed Mural at the Deep Ellum Urban Gardens, the Pillars Park and Art Park. He has also made many of the art covered planter boxes in the area. 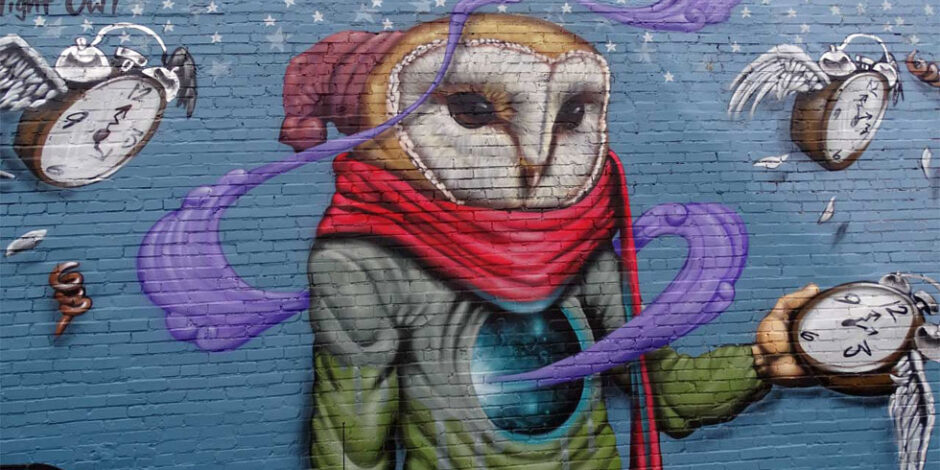 Dallas artist Joe Skilz on the web and on Instagram. 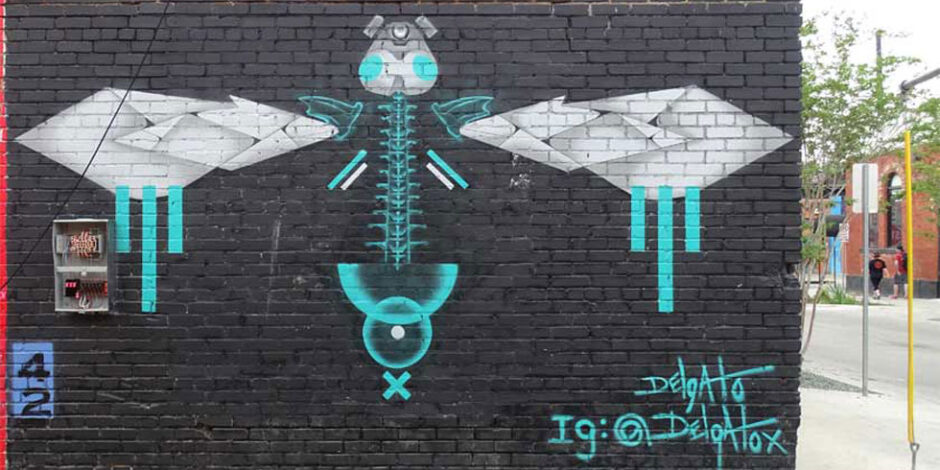 Joey Delgad, also known as Dead Punk is a self-taught painter, born and raised in El Paso, TX. About his mural above, Joey says: “Cool little project I was part of in Deep Ellum”. 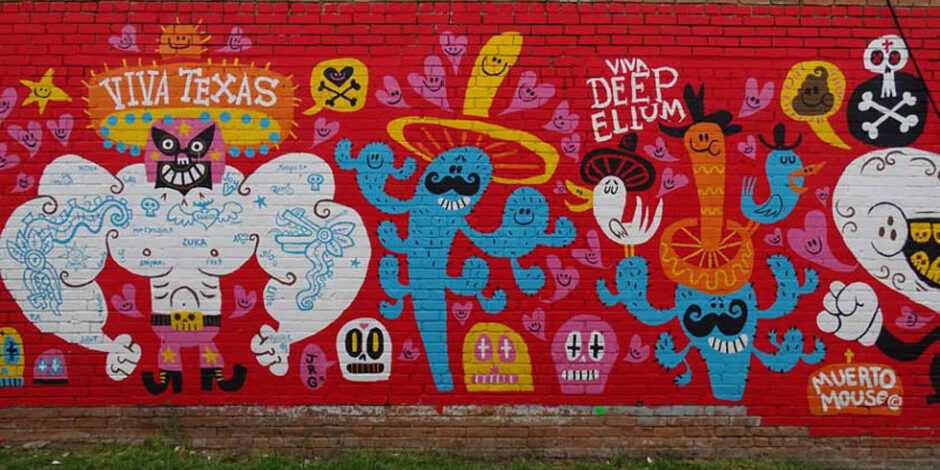 He is best known for his animated films. He has also done character design for many animated series. Along with his wife Sandra Equihua, he created the animated television series El Tigre: The Adventures of Manny Rivera (Nickelodeon). The series aired from 2007 to 2008. The series won the Annie Award for Best Animated Television Production for Children in 2008. 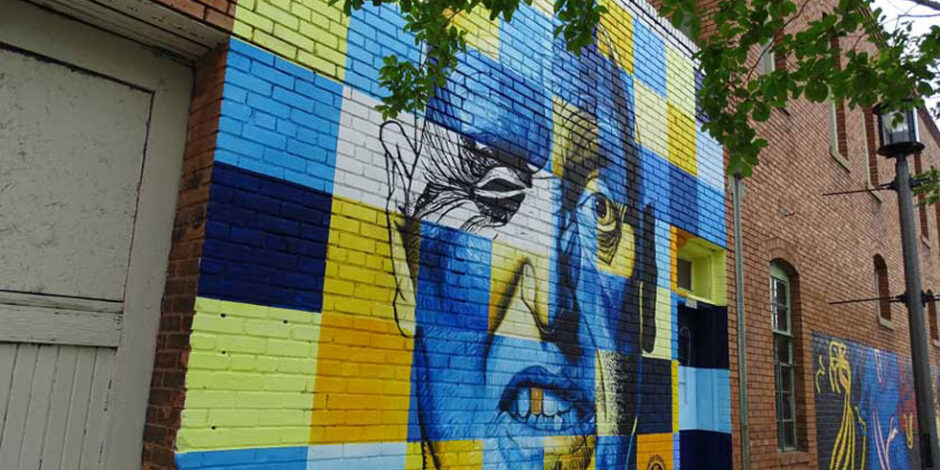 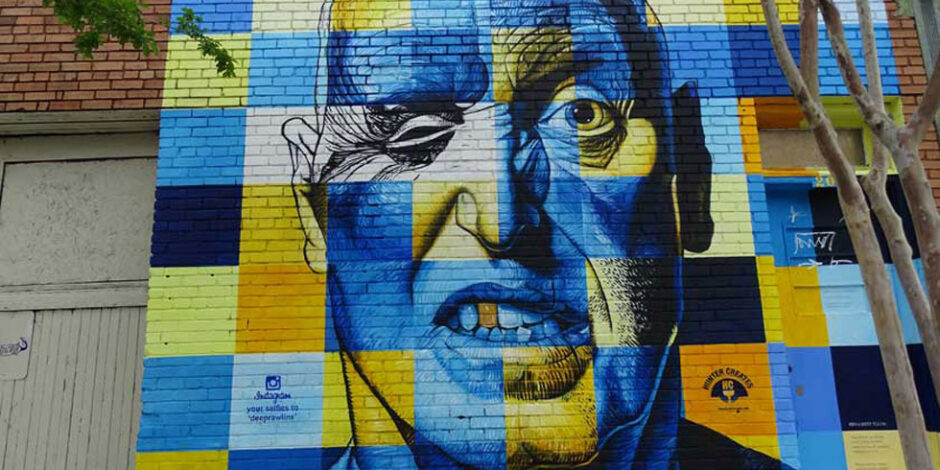 This mural is painted by Steve Hunter, who is the owner and artist at Hunter Creates, a company that specializes in mural art. But the artwork of Hunter Creates also include large canvas portraits, drawings, jewelry and more. 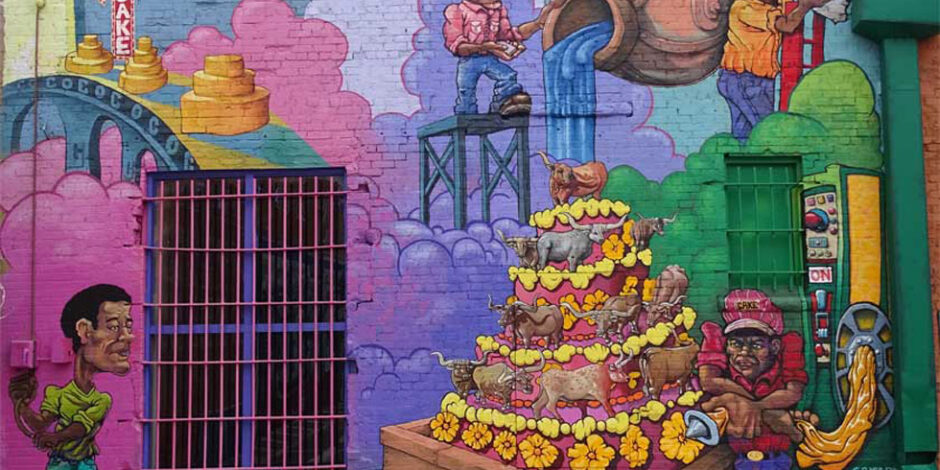 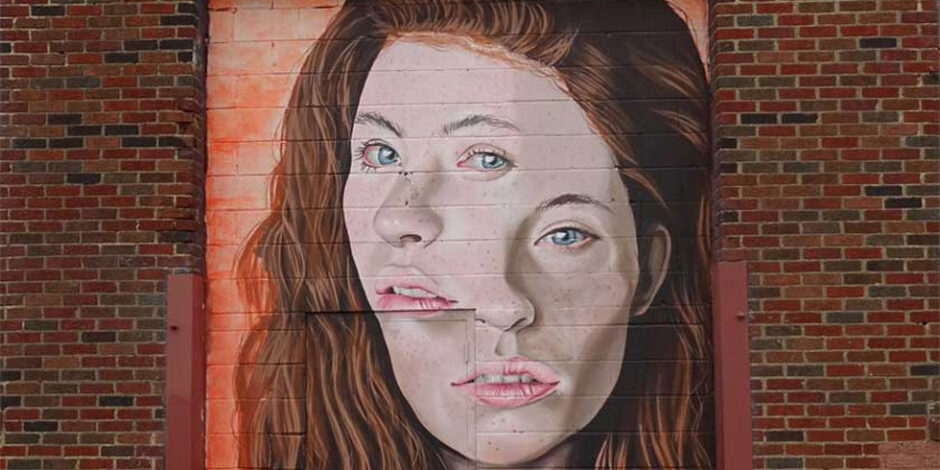 Jeremy Biggers is the owner and creator of the Stem & Thorn brand. The range of his artistic spectrum includes drawings, paintings, photography, videography, and graphic design. His goal with each piece is to inspire conversation; conversation within the viewer, or conversation among other viewers. His work is a mix between realism, and simplicity.

Read more about Jeremy and take a look at his art @ jeremybiggers.com & Facebook 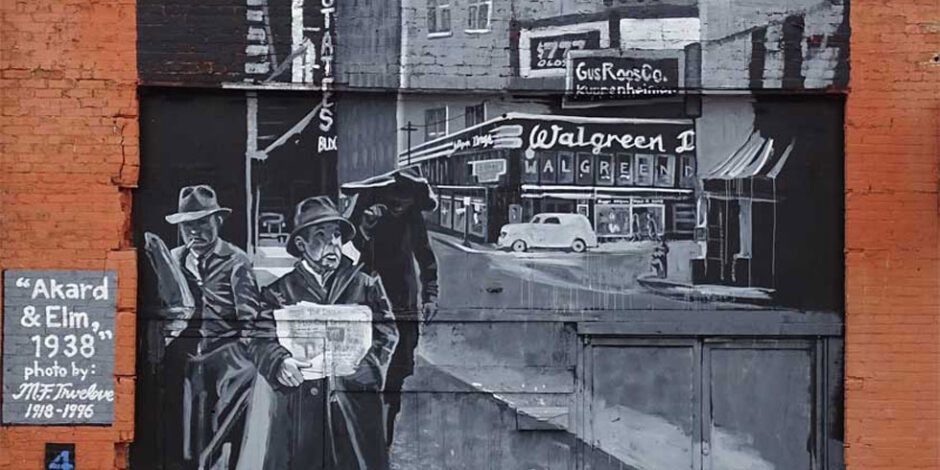 Haylee Ryan is an Oak Cliff based figure painter. She describes herself as an artist, musician, traveler, teacher, bilingual, community lovin’ woman.

“Truelove Series: Akard & Elm, 1938” is a 20ft x 14ft mural found at Crowdus & Elm on the Blind Lemon Building. It is a compilation of 2 photos taken of Downtown Dallas in 1938 by a Mr. Truelove, family of a close friend.

Photos in this post may be shared and used on your own website. Please attribute any photos to its source.

42 Murals in Deep Ellum, Dallas by QuizAGoGo is licensed under a Creative Commons Attribution 4.0 International License. Based on a work at https://quizagogo.com/42-murals-in-deep-ellum-dallas/.

Check Your Art Knowledge with this Quiz 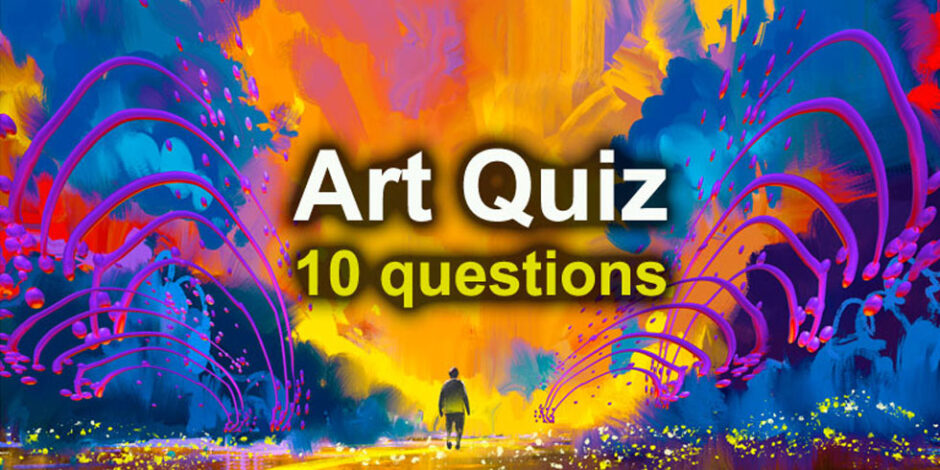