Good one! Do you want to try another trivia quiz?

Do you want to try another trivia quiz?

#1. The TV show The X Factor originated in which country?

The X Factor is a television music competition franchise created by Simon Cowell. It originated in the United Kingdom.

#2. Hamlet, a play written by William Shakespeare, is set in which country?

The Tragedy of Hamlet, Prince of Denmark, is a tragedy written by William Shakespeare. Set in Denmark, the play dramatises the revenge Prince Hamlet is called to wreak upon his uncle, Claudius, by the ghost of Hamlet’s father, King Hamlet.

#3. Australian Greg Norman was active in which sport?

Greg Norman is an Australian professional golfer and entrepreneur. He was ranked as the world’s Number 1 for several years in the 1980s and 1990s.

#4. Which chemical element has the symbol Au?

Gold has the symbol Au. Atomic number, name, and symbol all serve independently as unique identifiers for chemical elements.

#5. Which of the following events occurred first?

Who’s That Girl is a song by Madonna from the soundtrack album to the 1987 film Who’s That Girl. It was released on June 30, 1987. It reached No. 1 on Billboard Hot 100, on the British Singles charts and Canada Top Singles.

#8. Which country has a higher average life expectancy rate?

The average life expectancy rate in Japan is above 86. Afghanistan and Ethiopia have a rate close to 60, and Pakistan close to 67. The overall life expectancy in India is 66. (Life expectancy equals the average number of years a person born in a given country would live if mortality rates at each age were to remain constant in the future.)

#9. What actors play the main characters in the movie Sleepless in Seattle?

#10. Which famous singer plays a leading role in Lars von Trier's movie Dancer in the Dark?

Dancer in the Dark is a 2000 Danish film directed by Lars von Trier and starring Icelandic singer Björk. 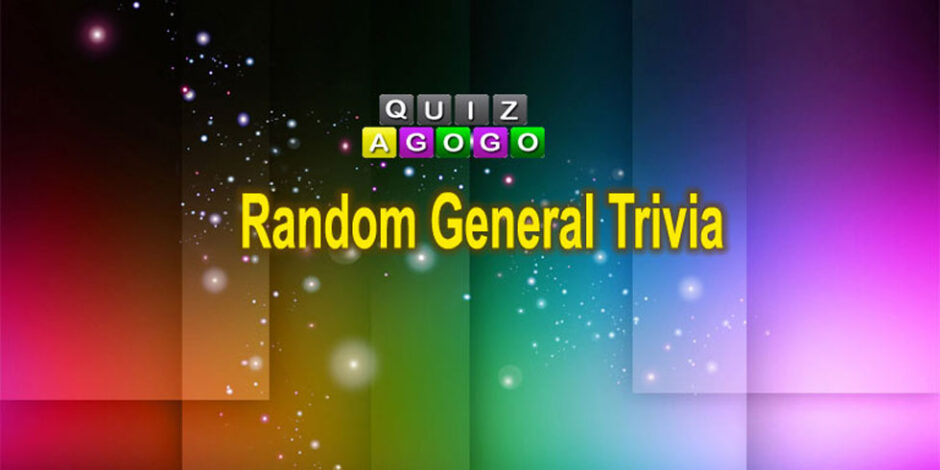 You will get a slightly different set of questions each time you start over. You can take this quiz several times.

What are General Trivia Questions Good For?

Yes, you might ask yourself what general trivia knowledge is actually good for? Isn’t it just details, considerations, or pieces of information of very little importance or value?

We may not always understand it, but our general knowledge makes up a big part of who we are. It defines our interests, our choices in life, and who we want to socialize with. It can be said that the more we know, the happier we are and the more success we have in life. If you have a lot of knowledge, trivial or not, of the world around you, you also engage in what is going on around you. And other people engage in you.

Knowledge is not only cumulative, but it also grows exponentially. If you have a sound base of general insight, you will also find it easier to learn more. The more facts you accumulate, the smarter you become. As you get older, it also keeps your brain active.

General trivia quizzes are one of the best ways to challenge yourself and keep the interest of the world around you alive. Even if you don’t find any immediate use of simple trivia, every piece of information helps you become smarter. That is why we recommend a daily dose of general knowledge trivia.

Experts don’t really know if doing mental exercises can prevent Alzheimer’s or dementia, but it may help build your brainpower to fight off memory loss when you get older. Learning new things and work out with your brain everyday can achieve just that.

An additional way of protecting your brain health is physical exercise and a rich social life. Pub quiz, anyone?