Very good! Do you want to try again or take another Sports Quiz?

Do you want to try again or take another Sports Quiz?

#1. In which year was the Winter Olympics held in Lillehammer, Norway?

The 1994 Winter Olympics were held from 12 to 27 February 1994 in and around Lillehammer, Norway. The 1994 games were the first to be held in a different year from the Summer Olympics, the first and only one to be held two years after the previous winter games.

#2. All of the following countries have hosted both Summer and Winter Olympics, except:

Germany hosted both the Summer and Winter Olympics in 1936.

#3. Albertville that hosted the 1992 Winter Games is in which country?

Albertville is in the Auvergne-Rhône-Alpes region in Southeastern France.

#4. In which year were the first Winter Olympics held?

The 1924 Winter Olympics, officially known as the I Olympic Winter Games, were held in 1924 in Chamonix, France.

#5. The Miracle on Ice generally refers to:

The Miracle on Ice was an ice hockey game during the 1980 Winter Olympics in Lake Placid, New York. It was played between the hosting United States and the Soviet Union on February 22, 1980, during the medal round of the men’s hockey tournament. Though the Soviet Union was a four-time defending gold medalist and heavily favored, the United States upset them and won 4–3.

#6. Marit Bjoergen won three gold medals in the 2014 Winter Olympics. Which country did she represent?

Marit Bjoergen (Bjørgen) is a Norwegian cross-country skier. She won the gold medal at the 2014 Winter Olympics in 15 km skiathlon, Team sprint, and 30km freestyle race.

#7. In which event did Aleksandr Karelin win three Olympic gold medals between 1988 and 1996?

Aleksandr Karelin is considered the greatest Greco-Roman wrestler of all time. He won gold medals at the 1988, 1992 and 1996 Olympic Games, and a silver medal at the 2000 Olympic Games.

New Zealand team had undertaken a three-month rugby tour of segregated South Africa this year, but the IOC allowed them to participate in the Games. 26 African countries boycotted in response to New Zealand’s participation.

Olympia is a 1938 Nazi German propaganda sports film written, directed, and produced by Leni Riefenstahl, which documented the 1936 Summer Olympics, held in the Olympic Stadium in Berlin, Germany.

#10. Which country won their third gold medal in women's indoor volleyball at the 2016 Summer Olympics?

China won their third gold by defeating Serbia in the final. The United States won bronze by winning against the Netherlands. 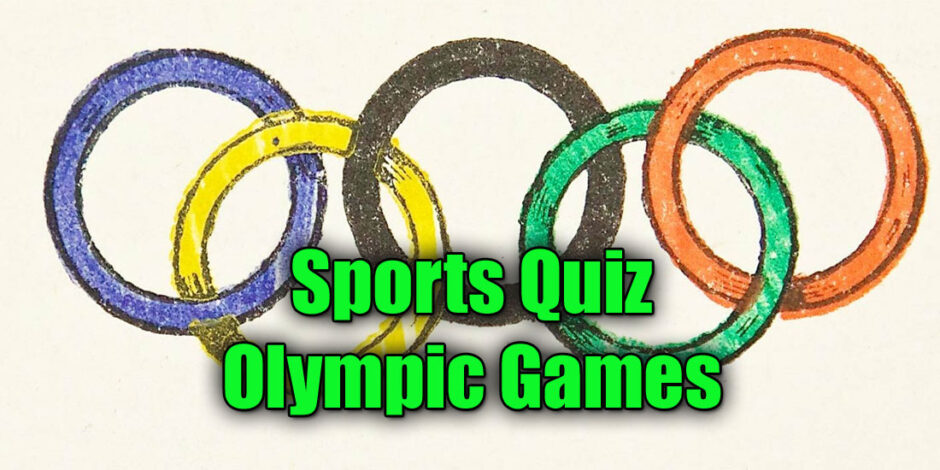 Quiz about the Modern Olympics

This quiz about the Olympic games from their start and to today’s modern games has 10 tough questions randomly pulled from a larger set of questions.

With a genuine sports interest and some history knowledge, you may be able to answer all questions correctly, but it is not an easy quiz. The average result is less than six correct answers.

What is the Olympic Games?

As you probably already know, the games were inspired by different competitions held in the ancient Greece.

The modern Olympics is a leading international sporting event featuring summer and winter sports competitions in which thousands of athletes from around the world participate. The Olympic Games are the world’s foremost sports competition. Normally, the Olympic Games are held every four years. Summer and Winter Olympics alternate every two years in this four-year period.

In the beginning, no professional athletes were allowed to participate, but the exclusion of professionals caused many controversies throughout the history of the modern Olympics. The Olympic Games also had their fair share of other controversies, scandals, and boycotts.

How many of them do you think you remember?