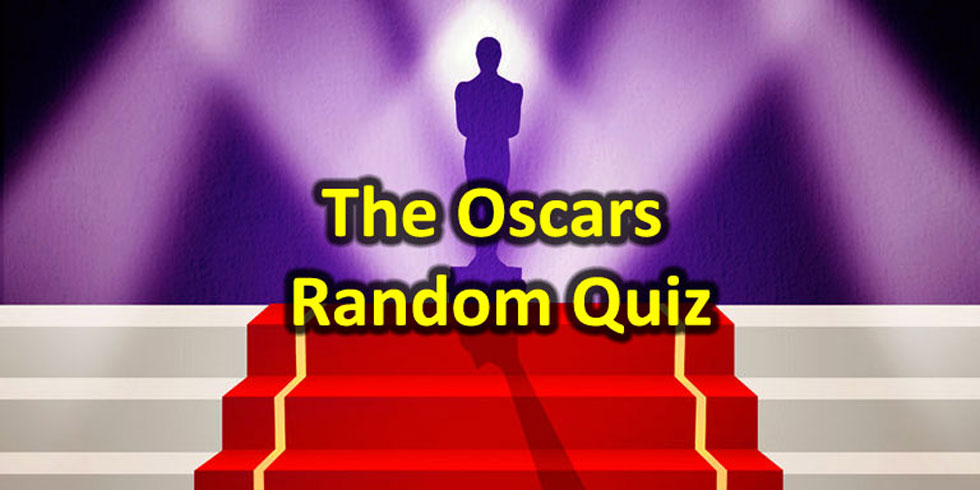 Do you want to try again?

Or take another Oscars related quiz?

Or take another Oscars related quiz?

At the 81st Academy Awards in 2009, Slumdog Millionaire was received 10 nominations and won 8 awards, including Best Picture and Best Director (Danny Boyle).

#3. The following films were nominated for Best Picture at the 58th Academy Awards (1986). Which film won the Award?

Out of Africa is a 1985 American film directed and produced by Sydney Pollack. The film is based loosely on book by Danish author Karen Blixen. Robert Redford and Meryl Streep play the leading characters. The film was nominated in 11 categories and won seven, including: Best Picture, Best Director (Sydney Pollack), Best Adapted Screenplay (Kurt Luedtke), and Best Original Score (John Barry).

#4. Who wrote the Oscar winning song Can You Feel the Love Tonight from The Lion King?

Can You Feel the Love Tonight from The Lion King won an Academy Award for Best Original Song at the 67th Academy Awards in 1995. Music by Elton John and lyrics by Tim Rice.

#5. Which film, directed by Tom McCarthy, won the 2016 Oscar for Best Picture?

With Rebecca, the British director Alfred Hitchcock made his first American movie. The film starred Laurence Olivier and Joan Fontaine. The film was nominated in nine categories, and won Best Picture and Best Cinematography, Black and White. Orson Welles was not British.

#7. In 2000, Bob Dylan got the Oscar for Best Original Song. His song was featured in which film?

Bob Dylan won with Things Have Changed. The song was featured in Wonder Boys, a film directed by Curtis Hanson, written by Steve Kloves, abnd starring Michael Douglas. Other nominated songs were I’ve Seen It All from Dancer in the Dark, My Funny Friend and Me from The Emperor’s New Groove, and A Fool in Love from Meet the Parents.

Daniel Day-Lewis won his third award for the role as Abraham Lincoln in Lincoln. Previously, he has won Academy Awards for Best Actor for his portrayals of Christy Brown in My Left Foot (1989) and Daniel Plainview in There Will Be Blood (2007).

#9. Who won the Best Director Award for the film Birdman at the 87th Academy Awards in 2015?

Alejandro G. Iñárritu is the first Mexican director to be nominated for and win the Academy Award for Best Director. He was awarded the Oscar for Birdman in 2015 and won again in 2016 with The Revenant. He is the third director to win back to back Oscars, following John Ford and Joseph L. Mankiewicz.

#10. After receiving a record-tying 14 nominations at the 89th Academy Awards in 2017, this film won the most awards with six:

Take a trip down memory lane with 90 years of Academy Awards nominations and price ceremonies. How many of our celebrated actors, actresses, directors, producers, song writers, and other performers do you remember?

This is the ultimate challenge for any movie buff who likes to follow the Oscars. You’ll find questions about the very first awards in 1929 until the most recent one.

10 questions are drawn from a pool of more than 150 questions.