Great job! You seem to know your 1960s movie scene. Do you want to try another quiz?

2001: A Space Odyssey is a 1968 science-fiction film produced and directed by Stanley Kubrick.

#2. Who plays the leading character Frank Bullitt in Bullitt (1968)?

Bullitt is a 1968 American action film. The leading character Frank Bullitt is played by Steve McQueen. Some of the other characters are played by Robert Duvall, Robert Vaughn and Jacqueline Bisset.

#3. Which of these classic movies from the sixties did NOT win an Academy Award for Best Picture?

Midnight Cowboy, The Sound of Music, and In the Heat of the Night all won an Award for Best Picture.

Psycho was released in 1960. It is directed by Alfred Hitchcock, starring Anthony Perkins, Vera Miles, John Gavin, and Janet Leigh.

#5. The Oscar winning song Chim Chim Cher-ee is featured in which film?

Chim Chim Cher-ee is a song from Mary Poppins, the 1964 musical motion picture. The song is written by Robert B. Sherman and Richard M. Sherman. In the film, the song is sung by Dick Van Dyke and Julie Andrews. It won the 1964 Academy Award for Best Original Song.

Who’s Afraid of Virginia Woolf? is a 1966 American film directed by Mike Nichols. Elizabeth Taylor and Richard Burton play the main characters Martha and George. George Segal plays Nick and Sandy Dennis plays Honey. The film was nominated for thirteen Academy Awards, one nomination in every eligible category. The film won five awards, including a second Academy Award for Best Actress for Elizabeth Taylor. Sandy Dennis won the Award for Best Supporting Actress. Both Richard Burton and George Segal failed to win in their categories.

#7. When did Disney's That Darn Cat! premiere?

That Darn Cat! premiered in 1965. It is an American Walt Disney Productions film starring Hayley Mills.

Lolita is a 1962 film directed by Stanley Kubrick. The film revolves around a middle-aged man who becomes obsessed with a teenage girl. It stars James Mason and Sue Lyon. Sue Lyon was only 14 at the time of filming. The film was very controversial in the early 60s, but a commercial success.

Spartacus is an American epic historical drama film directed by Stanley Kubrick and starring Kirk Douglas as the rebellious slave. The film received four academy awards in 1961, including an Oscar to Peter Ustinov for Best Actor in a Supporting Role.

The Graduate is a 1967 American comedy-drama film directed by Mike Nichols. The role as the older woman, Mrs. Robinson, is played by Anne Bancroft.

#11. For which movie did John Wayne win his only Oscar?

True Grit is a 1969 American western directed by Henry Hathaway. It is the first adaptation of Charles Portis’ novel True Grit. John Wayne plays the role as U.S. Marshal Rooster Cogburn. For this performance, John Wayne won his only Academy Award (Best Actor). He had one Actor nomination from 1949 (Sands of Iwo Jima) and one as a producer of The Alamo (1960).

A film sequel, Rooster Cogburn, was made in 1975, with Wayne playing against Katharine Hepburn. In 2010, Joel and Ethan Coen directed a re-make of the film with Jeff Bridges as Rooster Cogburn.

#12. The following films were all nominated for Best Picture at the 39th Academy Awards (1967). Which film won the Award?

A Man for All Seasons is a 1966 British film directed by Fred Zinnemann. The film is based on Robert Bolt’s play about Sir Thomas More. It stars Paul Scofield as Sir Thomas More and Wendy Hiller as Alice More. Orson Welles has a role as Cardinal Wolsey.

#13. Professor Henry Higgins is a main character in which 1960s movie?

My Fair Lady is a 1964 film adapted from a stage musical based on the 1913 stage play Pygmalion by George Bernard Shaw. The film stars Audrey Hepburn as Eliza Doolittle and Rex Harrison as Henry Higgins.

#14. Marilyn Monroe stars in which of these films?

The Misfits is a 1961 American film directed by John Huston. The screenplay is by Arthur Miller, Marilyn Monroe’s husband at the time. Shortly before the film’s premiere in 1961, the pair divorced. Besides Monroe, the film stars Clark Gable, Montgomery Clift, Thelma Ritter and Eli Wallach.

The Misfits would be the last film of both Clark Gable and Marilyn Monroe. Gable died November 16, 1960, soon after filming was completed. Monroe did not complete any more movies and died the following year.

#15. Audrey Hepburn stars in which of these films?

The Unforgiven is a 1960 American western film. It was Audrey Hepburn’s only Western film.

The film is perhaps most notable for its behind-the-scenes problems. Filming was suspended for several months, after Hepburn fell off a horse during rehearsals and broke her back.

#17. Rosa Klebb is a fictional character in which James Bond film?

Colonel Rosa Klebb is a fictional character and the main antagonist from the James Bond film and novel From Russia with Love. She was played by Lotte Lenya in the film version.

#18. Katharine Ross plays a role in which of these movies?

#19. Who plays the title role as Atticus Finch in To Kill a Mockingbird?

To Kill a Mockingbird is a 1962 American film directed by Robert Mulligan. Gregory Peck plays the role as Atticus Finch, who is appointed to defend a black man against an accusation of rape of a white teenaged girl. Mary Badham plays the role as Jean Louise ‘Scout’ Finch. Robert Duvall makes his film debut as Arthur ‘Boo’ Radley.

The film is based on a novel by Harper Lee published in 1960. The book was an immediate success, winning the Pulitzer Prize, and is today a classic of modern American literature. It was adapted to film by Horton Foote. 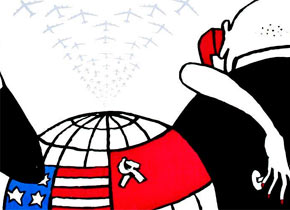 #20. This is a detail from movie poster. What is the name of the film?

Dr. Strangelove or: How I Learned to Stop Worrying and Love the Bomb is a 1964 film that satirizes the fears of a nuclear conflict between the Soviet Union and the United States. The film is directed, produced, and co-written by Stanley Kubrick. It stars Peter Sellers and George C. Scott. 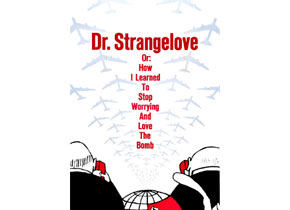 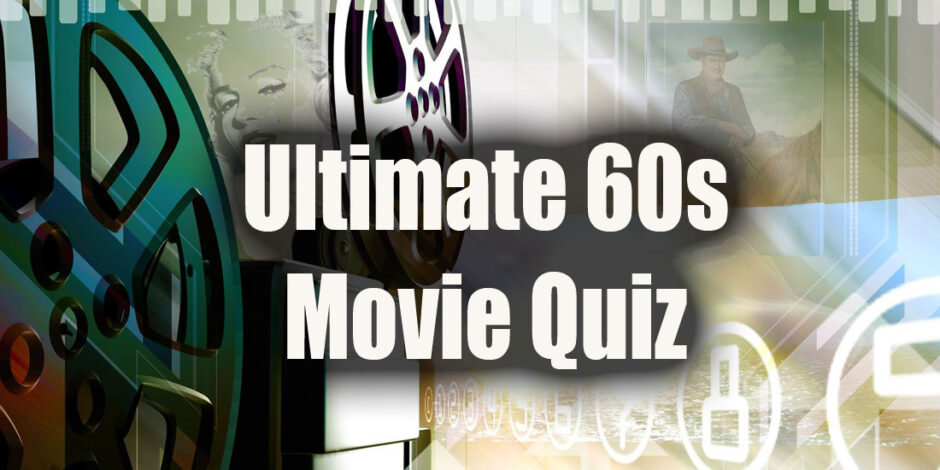 This 1960s movie quiz has 20 questions about classic films from the sixties, actors, actresses, directors, film awards, and more!

Most notable in the sixties was perhaps the evolution of spy movies that became more sophisticated with high tech and moved beyond the cold-war settings. The James Bond films in the mid-sixties had great success and impact. In a similar way, films Ocean’s Eleven (1960), Topkapi (1964), or The Thomas Crown Affair (1968) was set on the international stage and included hi-tech gadgets.

The sixties also saw some great historical dramas like Ben-Hur, Cleopatra, Lawrence of Arabia, The Longest Day, Spartacus, and A Man for All Seasons.

Alfred Hitchcock continued to extend the psychological horror genre with films like Psycho and The Birds.

Musicals were also extremely popular in the 1960s and brought home many Oscars. West Side Story walked away with 10 Oscars and My Fair Lady with 8 Oscars. The British musical “Oliver!” dominated the 41st Academy Awards with 10 nominations and 5 wins. Mary Poppins had 13 nominations and 5 wins. Not forgetting Sound of Music which was the highest-grossing movie of all time in 1966.

The sixties also brought us some other classics like Kubrick’s Dr. Strangelove, The Good, the Bad and the Ugly with Clint Eastwood, the epic 2001: A Space Odyssey, Breakfast at Tiffany’s, Easy Rider, and The Graduate.

If all of this sounds familiar, this quiz is probably for you!

Difficulty level is graded hard and the average score is 11 correct answers.

The quiz was originally published on Ultimate 60s, a website that was discontinued in 2021.