You got this! Do you want to try again or take another quiz?

Do you want to try again or take another quiz?

#1. The Strait of Dover separates which two countries?

The Strait of Dover or Dover Strait is the narrowest part of the English Channel, marking the boundary between the Channel and North Sea, separating Great Britain from France and continental Europe.

#3. Which of the following cities has the larger population?

Lagos, Nigeria, has a more than 16 million inhabitants. Alexandria has about 4.6 million, Kabul 3.4 million, and Nairobi 3.1 million. 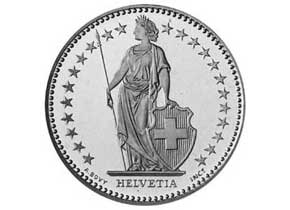 #4. From which country is this coin?

Helvetia is the Latin name for, and the female national personification of, Switzerland.

#5. In which of these countries is Spanish widely spoken?

#6. Which is the capital city of the state of South Australia (Australia)?

Adelaide is the capital city of the state of South Australia. It is the Australia’s 5th largest city by population.

#7. Which of the following countries is on the equator?

The Equator traverses the land of 11 countries, including Indonesia.

#8. Which of the following countries is NOT a member of NATO?

The North Atlantic Treaty Organization or NATO is an intergovernmental military alliance. Switzerland is not a member of NATO. Switzerland is the second oldest neutral country in the world. It has not fought a foreign war since its neutrality was established by the Treaty of Paris in 1815.

#9. Which country has both an Atlantic coast and a Mediterranean coast?

Morocco has a lengthy coastline along the Atlantic Ocean and Mediterranean Sea.

#10. Which is the largest subtropical desert in the world?

Sahara covers most of Northern Africa. It is almost as large as Europe or the United States. 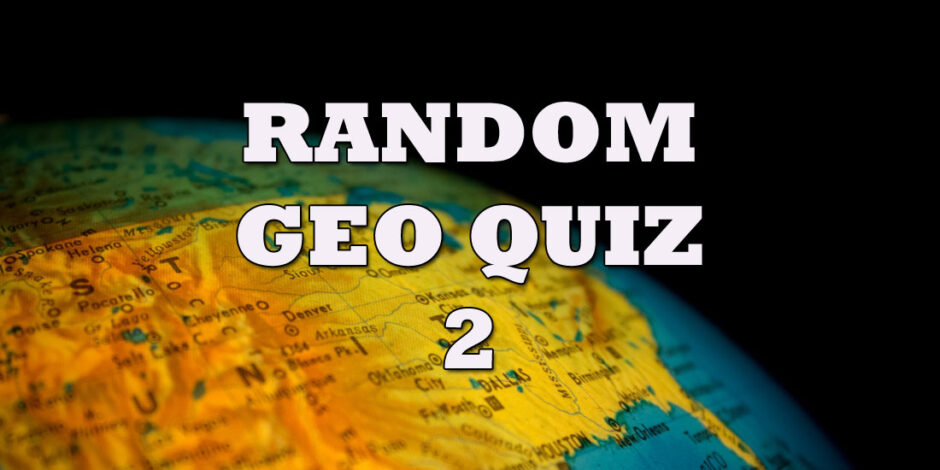 This quiz has 10 random questions drawn from a pool of 100 different geography questions. Every time you take this quiz challenge, it will renew and have slightly different questions.

The quiz is ideal for a geo challenge between friends and with your family. It can also help you study and prepare for an official Geo Bee contest.

In general, we talk about 7 continents in the world – Africa, Antarctica, Asia, Australia/Oceania, Europe, North America, and South America.

Many geographic quizzes will ask you to pinpoint places on the correct continent, so when you want to prepare for a geo challenge, it can be a good idea to work your way around the globe continent by continent.

Learn which the largest countries are on each continent and note what surrounds them. Work your way from the large to the smaller.

Next step is to look at cities. Again, go from larger to smaller in each country. Try to make visual maps to help you remember them.

Then continue with bodies of water, like oceans, gulfs, straits, rivers, and lakes. Go from continent to continent, from larger to smaller.

Then you have the most important mountains and deserts.

Here is an example for you to see if you can answer: “Which countries border the Mediterranean Sea?”

You will probably find that there are more countries with a coastline on the Mediterranean Sea than you think.

When you have a clear view of basics and can visualize maps in your head, you are ready to move beyond the basics.

Geography is also about the people who lives in all these places. It is about their economy, religion, and things that form their everyday life. It is about climate, weather, and natural resources.

The more you learn, the more interesting geography is.

Hopefully, our random geo quiz will make you more curious and help you learn more facts. For additional geography quizzes, see below.

Answer to the Question about the Mediterranean Sea