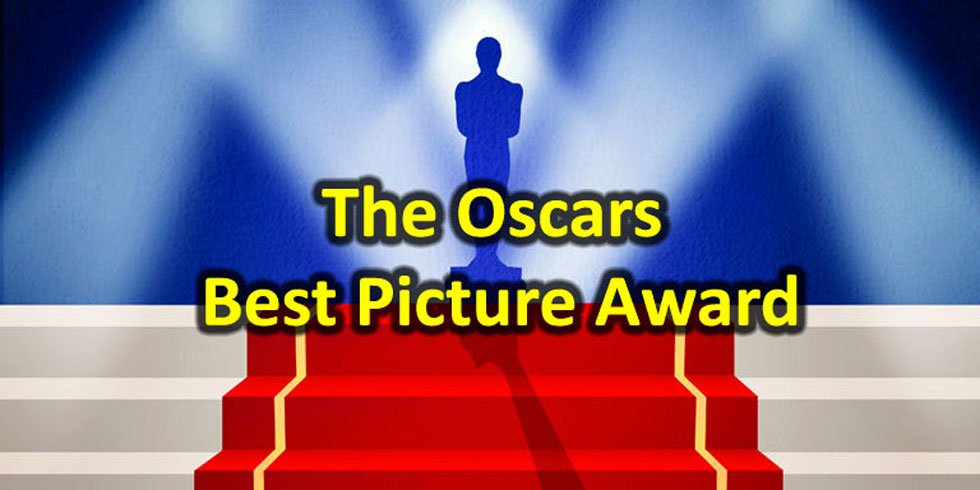 Your score is above average for this quiz. Good job!

Your score is below average for this quiz. Do you want to try another one?

Birdman (or The Unexpected Virtue of Ignorance) won the Best Picture Award in 2015.

#2. Which was the first film of Oliver Stone's trilogy about the Vietnam War, awarded with an Oscar in 1987?

Platoon is the first film of a trilogy of Vietnam War films by Oliver Stone (followed by 1989’s Born on the Fourth of July and 1993’s Heaven & Earth). The film won the Academy Award for Best Picture at the 59th Academy Awards in 1987. It also won Best Director for Oliver Stone, as well as Best Sound Mixing and Best Film Editing.

#3. From which Oscar-winning picture is this quote: Mama always said life was like a box of chocolates. You never know what you're gonna get.

#4. Mel Gibson produced and directed this Academy Award winner from 1995:

Braveheart won five awards, including Best Picture, at the 68th Academy Awards ceremony in 1996. The film was directed and co-produced by Mel Gibson, who portrays William Wallace, a late-13th-century Scottish warrior.

#5. Which film directed by Steve McQueen won the Best Picture award at the 86th Academy Awards in 2014?

12 Years a Slave is a 2013 historical drama film and an adaptation of the 1853 memoir of the same name by Solomon Northup. It is the third feature film directed by Steve McQueen written by John Ridley. In 2014, the film was awarded the Golden Globe Award for Best Motion Picture – Drama, and won three Academy Awards for Best Picture, Best Supporting Actress (Nyong’o) and Best Adapted Screenplay (Ridley).

#6. The following films were all nominated for Best Picture at the 37th Academy Awards (1965). Which film won the Award?

My Fair Lady is a 1964 American musical film directed by George Cukor. It is adaptation of the musical of the same name, which originally was based on the play Pygmalion by George Bernard Shaw. At the 37th Academy Awards (1965), My Fair Lady won eight Academy Awards, including Best Picture, Best Actor, and Best Director.

#7. In what year were these films nominated for Best Picture: The Deer Hunter, Heaven Can Wait, and Midnight Express?

Five films were nominated at the 51st Academy Awards in 1979. Two of the films, Coming Home and The Deer Hunter, were anti-war films that reflected the nation’s growing resentment over the Vietnam War. The other three nominations were Heaven Can Wait, Midnight Express, and An Unmarried Woman. The Deer Hunter won five awards, including Best Picture and Best Director (Michael Cimino).

#8. At the 45th Academy Awards in 1973, which film by Francis Ford Coppola won the award for Best Picture?

#9. Which remake of the 2002 Hong Kong film Infernal Affairs won four awards, including Best Picture and Best Director for Martin Scorsese in 2007?

The Departed won four awards, including Best Picture and Best Director for Martin Scorsese. It was Scorsese’s first Oscar after eight nominations. The Departed is a remake of the 2002 Hong Kong film Infernal Affairs. The film stars Leonardo DiCaprio, Matt Damon, Jack Nicholson, and Mark Wahlberg.

#10. Which film by the Italian director Federico Fellini won an Academy Award for Best Foreign Language Film in 1975?

The 47th Academy Awards in 1975, Amarcord won the Oscar for Best Foreign Language Film, and was nominated for Best Director and Best Writing (Original Screenplay). Scent of a Woman was directed by Dino Risi and nominated for an award in 1976.

Do You Remember Which Films Got an Oscar?

This quiz with 10 questions and answers takes you back in time to some of the most influential films and the ones that were awarded with the Best Picture Award.

The winners aren’t always what experts anticipated, many great films and actors have been ignored. Still, the Oscars have a great impact on the movie business. An Oscar or a nomination gives a film or an artist’s career a real boost, and regardless if an Oscar is well-deserved or not, the films that have been awarded an Oscar for Best Picture are all worth seeing.

How many of them do you remember?