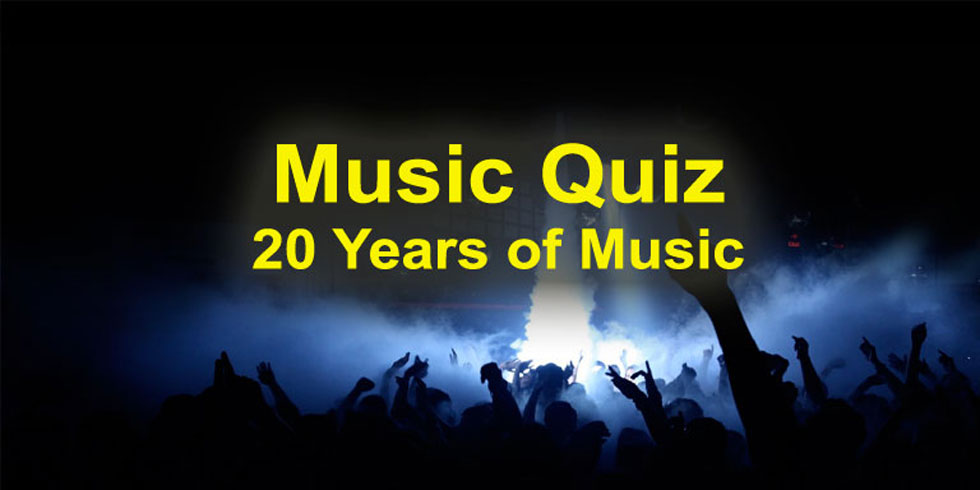 Your score is above the average result. Do you want to try again?

Try a new set of questions

Your score is below the average result. Do you want to try again?

Try a new set of questions

Phillip Phillips became the winner of the 11th season of American Idol in 2012.

#2. Taylor Swift released her fourth studio album in 2012. The title?

Red is the fourth studio album by Taylor Swift. It was released in October, 2012. At the 56th Grammy Awards, Red was nominated for Best Country Album and Album of the Year. The album earned Swift her third No. 1 album on the Billboard 200.

#3. Can you name the hit song based on these lyrics?
For all the times that you rain on my parade / And all the clubs you get in using my name.

Love Yourself is a song by Canadian singer Justin Bieber. It was a number one hit in several countries 2015 – 2016.

#4. Not Ready to Make Nice was awarded a Grammy for the Song of the Year in 2007. The song was recorded by:

Not Ready to Make Nice is a song co-written and performed by American country music band Dixie Chicks. It was released in June 2006. It won three Grammy Awards in the categories of Record of the Year, Song of the Year, and Best Country Performance by a Duo or Group with Vocal.

#5. In 2010, she became the first female artist in the history of Billboard Hot 100 to have four number-one singles in a calendar year. What is her name?

In 2010, Rihanna became the first female artist in the history of the Billboard Hot 100 chart to have four number-one singles in a calendar year.

#7. In 2012, she releases her twelfth studio album MDNA, which becomes her eighth No1 album on the Billboard 200. Her name?

In March 2012, Madonna releases her twelfth studio album. It becomes her eighth Number one album on the Billboard 200. Give Me All Your Luvin’ was released as the album’s lead single and became her 38th top-ten hit on Hot 100. Girl Gone Wild and Turn Up the Radio were released as follow-up singles.

#8. Can you name the hit song based on these lyrics?
This hit, that ice cold / Michelle Pfeiffer, that white gold / This one for them hood girls.

Uptown Funk is a song recorded by Mark Ronson, with vocals from American singer Bruno Mars. It topped the charts in Australia, Canada, United Kingdom, United States, and many other countries between 2014 and 2015.

Whatever People Say I Am, That’s What I’m Not is the debut studio album by the English rock band Arctic Monkeys, released on 23 January 2006. It wins the Mercury Music Prize ahead of Muse and Thom Yorke.

If you often listen to modern pop hits, this is the quiz for you. Here is your chance to truly put your music knowledge to the test in a quick quiz.

10 random music quiz questions are drawn from a larger pool of questions. Each music trivia question comes with 4 choices and you have to pick the right one. Result is shown at the end of the quiz.

You can take this quiz over again and get a new set of questions.