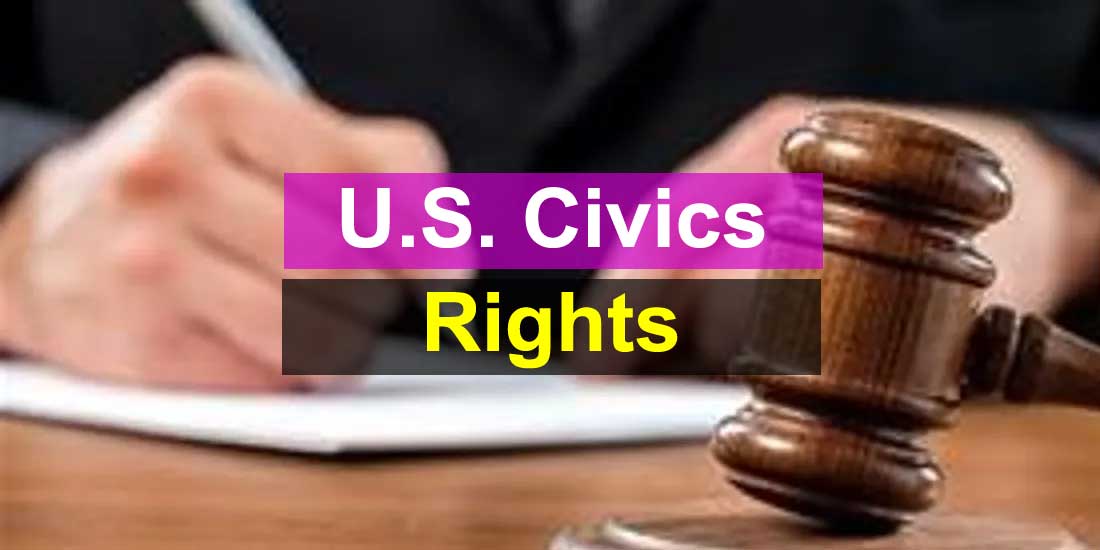 To achieve a passing score on the civics test, you must answer 6 out of 10 questions correctly.

Or take another civics test

To achieve a passing score on the civics test, you must answer 6 out of 10 questions correctly.

Or take another civics test

#1. What do we show loyalty to when we say the Pledge of Allegiance?

#2. When must all American men in register for the Selective Service?

Today, there is no draft, but all men between 18 and 26 years old must register with the Selective Service System. When a man registers, he tells the government that he is available to serve in the U.S. Armed Forces. He can register at a United States post office or on the Internet.

#3. Which of the following is one right that is only for United States citizens?

#4. Which of the following is one right or freedom from the first amendment to the Constitution?

Two clauses in the First Amendment guarantee freedom of religion.

#5. There are four amendments to the Constitution about who can vote. Which of the following describes one of them?

There are four amendments to the Constitution about who can vote. Describe one of them. Citizens eighteen (18) and older (can vote). You don’t have to pay (a poll tax) to vote. Any citizen can vote. (Women and men can vote.) A male citizen of any race (can vote).””

#6. Which of the following is one right for everyone living in the United States.

#7. When is the last day you can send in federal income tax forms?

The last day to send in your federal income tax to the Internal Revenue Service is April 15 of each year. The Constitution gave the federal government the power to collect taxes. The federal government needs money to pay the nation’s debts and to defend and provide for the needs of the country.

#8. Which is one promise a person must make when they become a citizen of the United States?

When the United States became an independent country, the Constitution gave Congress the power to establish a uniform rule of naturalization. Congress made rules about how immigrants could become citizens. Many of these requirements are still valid today, such as the requirements to live in the United States for a specific period of time, to be of good moral character, and to understand and support the principles of the Constitution.

After an immigrant fulfills all of the requirements to become a U.S. citizen, the final step is to take an Oath of Allegiance at a naturalization ceremony.

#9. How old do a citizen have to be to vote for President?

Citizens eighteen (18) and older can vote. There are four amendments to the Constitution about who can vote. This is one of them.

#10. Which of the following is one right for everyone living in the United States.

What do You Know about Your Rights and Responsibilities

It is fun and easy to learn your rights and responsibilities with this multiple choice quiz. Pass your Naturalization Test quicker with our civics quizzes.

On the test you must correctly answer at least six of ten questions from the exam guide.