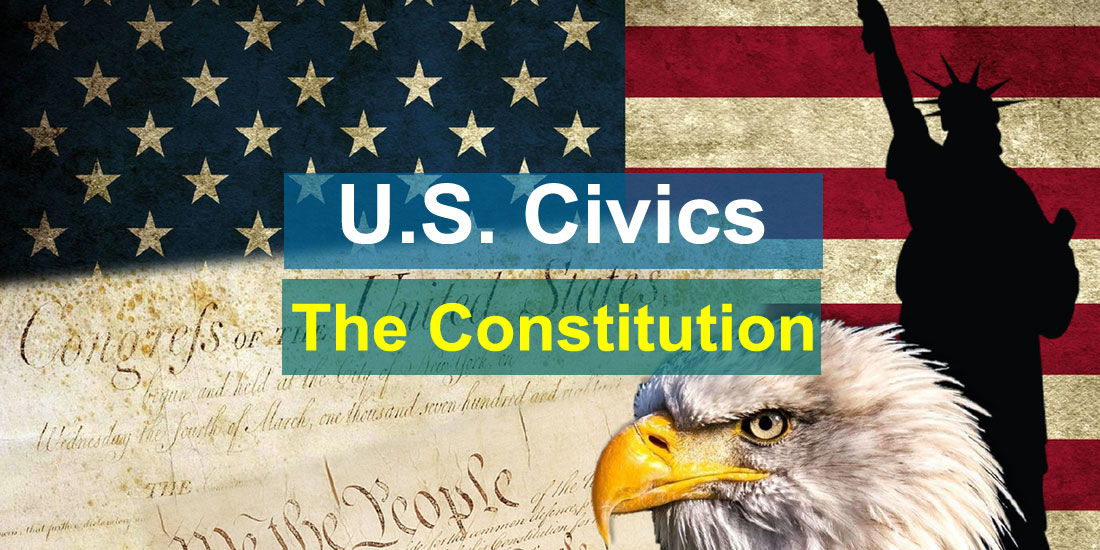 The rule of law does not have a precise definition, and its meaning can vary. Generally, however, it can be understood that everyone must follow the law, even the government, and that no one is above the law. John Adams was one of the Founding Fathers and the second president of the United States. He wrote that our country is, a government of laws, and not of men.In the United States, the U.S. Constitution is the foundation for the rule of law.

#2. Which of the following is one of the three parts of Government?

Our federal government has three parts. They are the Executive, (President and about 5,000,000 workers) Legislative (Senate and House of Representatives) and Judicial (Supreme Court and lower Courts).

#3. Who is in charge of the executive branch of our Government?

Our federal government has three parts. They are the Executive, (President and about 5,000,000 workers) Legislative (Senate and House of Representatives) and Judicial (Supreme Court and lower Courts).

A U.S. Senator represents all people of the state. Senators are elected to serve the people of their state for six years. Each of the two senators represents the entire state.””

We elect a U.S. Senator for six years. The Framers of the Constitution wanted senators to be independent from public opinion. They thought a fairly long, six-year term would give them this protection. They also wanted longer Senate terms to balance the shorter two-year terms of the members of the House, who would more closely follow public opinion.

#6. What stops one branch of government from becoming too powerful?

#7. What do we call the first ten amendments to the Constitution?

The Bill of Rights is the name by which the first ten amendments to the United States Constitution are known. They were introduced by James Madison to the First United States Congress in 1789 as a series of articles, and came into effect on December 15, 1791, when they had been ratified by three-fourths of the States.

Congress is divided into two parts – the Senate and the House of Representatives. Specific powers are assigned to each of these chambers.

#9. What are the first three words of the Constitution?

The Constitution says: We the People of the United States, in Order to form a more perfect Union, establish Justice, insure domestic Tranquility, provide for the common defense, promote the general Welfare, and secure the Blessings of Liberty to ourselves and our Posterity, do ordain and establish this Constitution for the United States of America. With the words We the People, the Constitution states that the people set up the government. The government works for the people and protects the rights of people. In the United States, the power to govern comes from the people, who are the highest power. This is called popular sovereignty. The people elect representatives to make laws.

#10. Freedom of religion in United States is guaranteed by:

Freedom of religion means that you can practice any religion, or not practice a religion. It is a civil right guaranteed by the first amendment to the Constitution.

Check Your Knowledge of the American Constitution and Government

How much do you know about the United States constitution and the government? This quick quiz has some common questions you should be familiar with.

This civics quiz can also help you study if you plan to pass a U.S. citizenship test.

Their powers are vested by the U.S. Constitution in the Congress, the President, and the Federal courts, respectively.

What is the Average Score on This quiz?