Great job. This is above the average result. Do yo want to try another geography quiz?

Great job. This is above the average result. Do yo want to try another geography quiz?

#1. Perth is the capital in which Australian state?

Perth is the capital and largest city of the Australian state of Western Australia.

#2. If most Hispanic people in United States live in California and Texas, the probable place of origin for the largest number is:

Mexican-Americans are by far the nation’s largest Hispanic origin group, comprising 65% of the total Hispanic population in the United States.

#3. The Bosphorus is a natural strait that runs through which country?

The Bosphorus is a narrow, natural strait located in northwestern Turkey. It forms part of the continental boundary between Europe and Asia, and separates Asian Turkey from European Turkey.

#4. Which country has a lower population density?

Formosa is a former name for the island of Taiwan.

#6. The Luxor Temple is a famous landmark in which country?

Luxor Temple is located on the east bank of the Nile River in the city today known as Luxor.

#7. In southern France, the Mistral is the name of:

The mistral is a strong, cold, northwesterly wind that blows from southern France into the Gulf of Lion in the northern Mediterranean.

#8. Malta is surrounded by:

Malta (the Republic of Malta) is a Southern European island country in the Mediterranean Sea.

Mauna Loa is one of five volcanoes that form the Island of Hawaii in the in the Pacific Ocean.

#10. The Meridian 120° east of Greenwich runs through which country?

The meridian 120 ° east of Greenwich is a line of longitude that extends from the North Pole across the Arctic Ocean, Asia, the Indian Ocean, Australia, the Southern Ocean, and Antarctica to the South Pole. 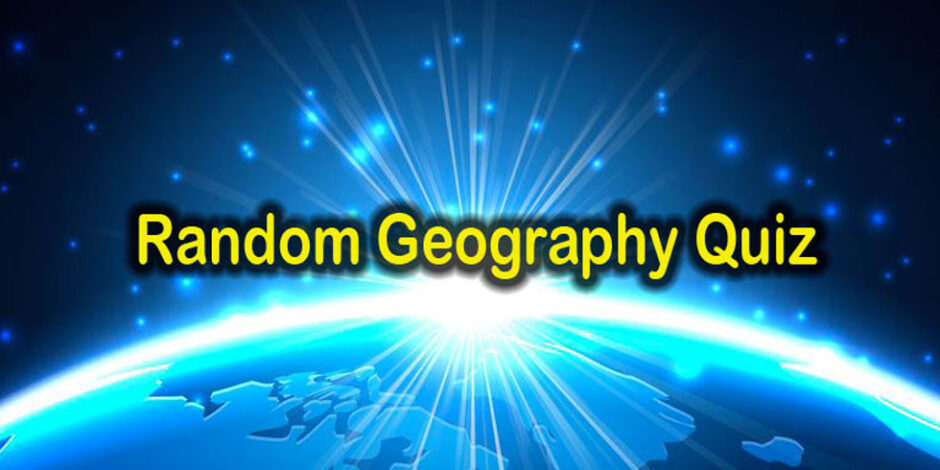 This geography quiz has questions about countries, cities, mountains, rivers, and seas – as well as world organizations, earth and space science, the environment, religion and culture.
It’s a medium to hard mix for real globetrotters as well as young experts preparing for a Geo-bee challenge.