A good score. Do you want to try another music quiz?

The line is from FourFiveSeconds, 2015.

#3. "I tried to buy your pretty heart, but the price too high"

#4. "You took my heart and my keys and my patience"

#5. "I saw the life inside your eyes
So shine bright, tonight you and I"

#7. "Yellow diamonds in the light
Now we're standing side by side"

#9. "They loved to trash her bad, laugh at her and call her names" 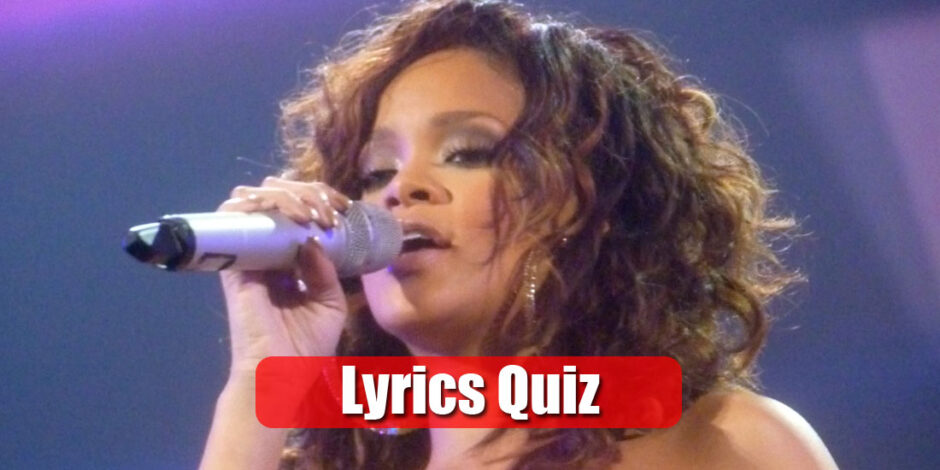 Identify these Lyrics by Rihanna

Can you identify these Rihanna hits by a line from the lyrics? 10 easy questions for the Rihanna fan, not so easy if you don’t know your Rihanna.

Barbadian singer Rihanna has released more than 75 singles, many as main artist and some as featured artist. Several of her songs has reached number one on Billboard Hot 100 and music charts all over the world .

She is already one of best-selling record artists of all time.

After that she produced number-one singles on the Hot 100 chart from seven consecutive albums (2021).