Well done! Do you want to try another one?

The True or False Quiz

The Before or After Quiz

The True or False Quiz

The Before or After Quiz

Vogue began as a weekly newspaper in 1892, before becoming a monthly magazine years later. The first version of Vanity Fair was published from 1913 to 1936. The magazine was revived in 1983.

#2. Which country got its independence first?

#3. Which football club was founded first?

#4. Which was opened first?

The Statue of Liberty in New York was completed and opened in 1886. The official inauguration of the Eiffel Tower was on May 15th, 1889, the opening day of the Exposition Universelle.

#5. Which car maker was established first?

#7. Which was invented first?

The pocket calculator was invented in the 1970s. First generation of Bluetooth was developed by Ericsson Mobile in the 1990s.

#9. Which was founded first? 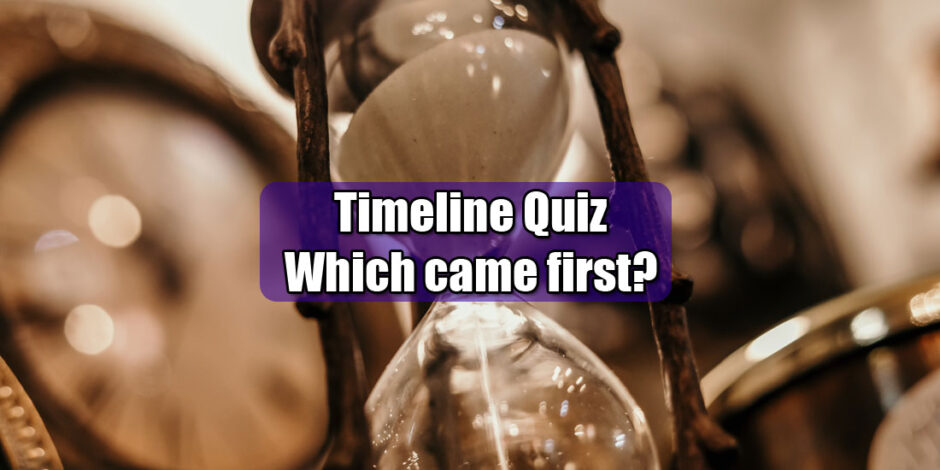 This timeline quiz is like a true-or-false quiz, out of two choices you must decide which came first in time.

Some examples that are not in the quiz, just so you get the idea:

Correct answer is the Suez Canal, which was completed and opened in 1869. The Panama Canal opened in 1914.

Just like a true-or-false quiz there is a 50% chance to get it right just by guessing, but the correct answer isn’t always what you think it is. With some knowledge of history trivia, it will be a bit easier!

Take this timeline quiz and see if you can hit score higher than the average of 7 correct answers!