Good score! Do you want to try another general knowledge quiz?

#1. The fictional private detective Philip Marlowe is created by which author?

Philip Marlowe is a fictional detective created by Raymond Chandler. He first appears in the novel The Big Sleep published in 1939. The book has been adapted into film in 1946 (Humphrey Bogart) and again in 1978 (Robert Mitchum).

#2. Goldstar is beer brand from which country?

Goldstar is an Israeli brand of a lager beer brewed by Tempo in Netanya. It is marketed as a dark lager beer, though it is amber in appearance.

#3. Which are the chemical symbols for the two elements found in an iron oxide, such as rust?

#4. A cat named Figaro and a goldfish named Cleo are the pets of which fictional character?

#5. Which is the capital city of Finland?

Helsinki is the capital and largest city of Finland. It is also Finland’s major cultural, educational, financial, and political center as well as one of northern Europe’s major cities.Finland is a Nordic country bordered by Sweden to the west, Norway to the north, Russia to the east and Estonia to the south over the Gulf of Finland.

In geometry, a hexagon is a polygon with six sides and six vertices.

next
Note: The clip will play for 15-30 seconds or until you stop it!

New Kid in Town is a 1976 hit by the Eagles from their studio album Hotel California.

The Royal Tenenbaums is a 2001 comedy-drama film directed by Wes Anderson. It stars Gene Hackman as Royal Tenenbaum. Hackman won a Golden Globe for his performance.

#10. What is a butterfly larva more commonly known as?

Caterpillars are the larval form of butterflies and moths. 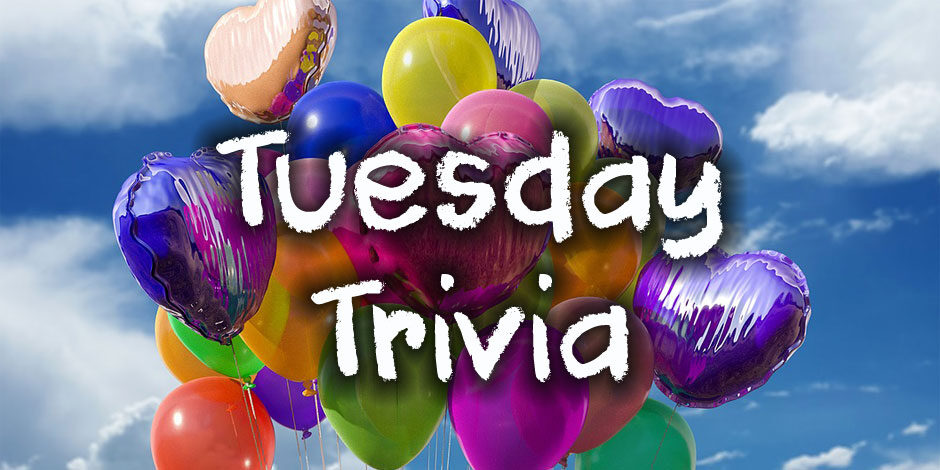 Ready for a Tuesday Trivia Challenge?

Challenging your brain with mental exercise like answering trivia questions is believed to help maintain individual brain cells and stimulate communication among them. Keeping mentally active is simply a help to improve memory and stay mentally young!

So, join us for a dose of general knowledge questions.